Skip to content
A man who overcame the Spanish Flu a century ago as a nine-months-old baby has...

A man who overcame the Spanish Flu a century ago as a nine-months-old baby has now beaten a COVID-19 infection.

The 102-year-old was hospitalized in the intensive care unit on August 17 but his family told Brazilian news outlet G1 that he was never intubated or put on a ventilator, and is now heading home. 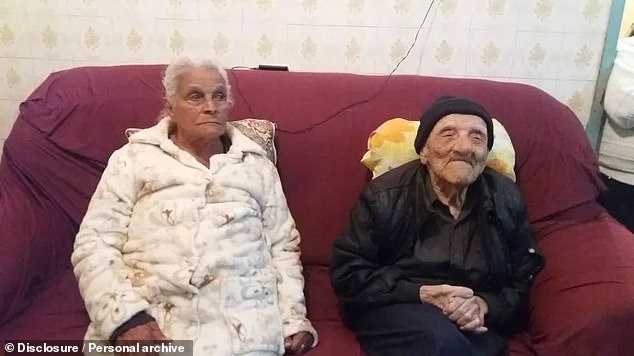 Raimundo Leonardo de Oliveira (right) was hospitalized last month due to coronavirus. His wife Nivercina Maria de Oliveira (left) to whom he has been married for 75 years, also caught the ravaging virus 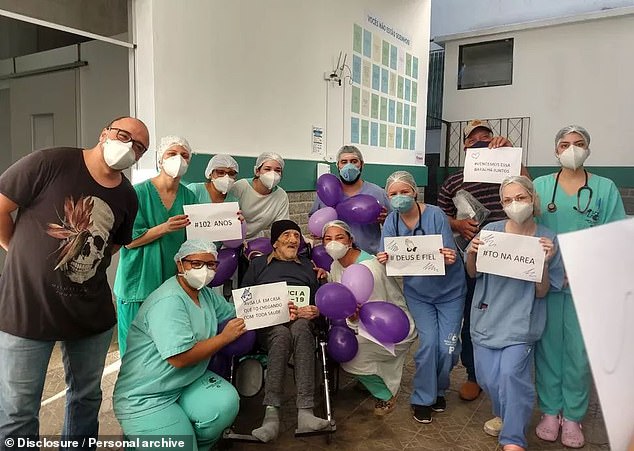 Raimundo Leonardo de Oliveira (pictured sitting on the wheelchair) was hospitalized for two weeks in Minas Gerais, Brazil, after he was infected with the coronavirus. The 102-year-old was only nine-months-old when he became infected with the Spanish flu

The retired farmer’s wife, Nivercina Maria de Oliveira, 92, was also infected with the virus and required hospitalization. Her husband fell ill when she returned to their home.

The couple’s granddaughter, Tatiana Cristina de Amorim, said the family thought they would never get to see them again after they contracted the coronavirus, which has caused 4,330,455 infections and 131,625 deaths in Brazil.

Photos shared by the family showed a team of physicians surrounding Raimundo and hoisting signs acknowledging his recovery after he was released from the medical facility.

‘The first thing he said when he was discharged was that he missed me,’  de Amorim said. ‘He also said that he wanted to eat cheese and drink grape juice.

‘He was very homesick. Our family was in a tight spot, we were apprehensive, but thank God everything went well,’ she added.

Her grandparents are now staying at a second home they have in the state of Espírito Santo.

The Spanish flu pandemic is known to have infected at least 500 million people and killed close to 50 million around the globe in 1918 and 1919.