The 54-year-old engine captain from southern Oregon knew from experience that these crowded, grimy camps can be breeding grounds for norovirus and a respiratory illness that firefighters call the “camp crud” in a normal year. He wondered what COVID-19 would do in the tent cities where hundreds of men and women eat, sleep, wash and spend their downtime between shifts.

Paul thought about his immunocompromised wife and his 84-year-old mother back home. Then he joined the approximately 1,300 people spread across the Modoc National Forest who would provide a major test for the COVID-prevention measures that had been developed for wildland firefighters.

“We’re still first responders and we have that responsibility to go and deal with these emergencies,” he says. “I don’t scare easy, but I’m very wary and concerned about my surroundings. I’m still going to work and do my job.”

Paul is one of thousands of firefighters from across the U.S. battling dozens of wildfires burning throughout the West. It’s an inherently dangerous job that now carries the additional risk of COVID-19 transmission. Any outbreak that ripples through a camp could easily sideline crews and spread the virus across multiple fires—and back to communities across the country—as personnel transfer in and out of “hot zones” and return home.

Though most firefighters are young and fit, some will inevitably fall ill in these remote makeshift communities of shared showers and portable toilets, where medical care can be limited. The pollutants in the smoke they breathe daily also make them more susceptible to COVID-19 and can worsen the effects of the disease, according to the U.S. Centers for Disease Control and Prevention.

Also, a single suspected or positive case in a camp will mean many other firefighters will need to be quarantined, unable to work. The worst-case scenario is that multiple outbreaks could hamstring the nation’s ability to respond as wildfire season peaks in August, the hottest month and driest month of the year in the Western U.S.

The number of acres burned so far this year is below the 10-year average, but the fire outlook for August is above average in nine states, according to the National Interagency Fire Center. Twenty-two large fires ignited on Aug. 17 alone after lightning storms passed through the Northwest, and two days later, California declared a state of emergency due to uncontrolled wildfires.

A study published this month by researchers at Colorado State University and the U.S. Forest Service’s Rocky Mountain Research Station concluded that COVID-19 outbreaks “could be a serious threat to the firefighting mission” and urged vigilant social distancing and screening measures in the camps.

“If simultaneous fires incurred outbreaks, the entire wildland response system could be stressed substantially, with a large portion of the workforce quarantined,” the study’s authors wrote.

This spring, the National Wildfire Coordinating Group’s Fire Management Board wrote—and has since been updating—protocols to prevent the spread of COVID-19 in fire camps, based on CDC guidelines:

The guidelines do not include routine testing of newly arrived firefighters—a practice used for athletes at training camps and students returning to college campuses. The Fire Management Board’s Wildland Fire Medical and Public Health Advisory Team wrote in a July 2 memo that it “does not recommend utilizing universal COVID-19 laboratory testing as a standalone risk mitigation or screening measure among wildland firefighters.” Rather, the group recommends testing an individual and directly exposed co-workers, saying that approach is in line with CDC guidance.

The lack of testing capacity and long turnaround times are factors, according to Forest Service spokesperson Dan Hottle. (The exception is Alaska, where firefighters are tested upon arrival at the airport and are quarantined in a hotel while awaiting results, which come in 24 hours, Hottle says.)

Fire crews responding to early season fires in the spring had some problems adjusting to the new protocols, according to assessments written by fire leaders and compiled by the Wildland Fire Lessons Learned Center. Shawn Faiella, superintendent of the interagency “hotshot crew” – so named because they work the most challenging, or “hottest” parts of wildfires — based at Montana’s Lolo National Forest, questioned the need to wear masks inside vehicles and the safety of bringing extra vehicles to space out firefighters traveling to a blaze. Parking extra vehicles at the scene of a fire is difficult in tight forest dirt roads—and would be dangerous if evacuations are necessary, he wrote.

“It’s damn tough to take these practices to the fire line,” Faiella wrote after his team responded to a 40-acre Montana fire in April.

One recommendation that fire managers say has been particularly effective is the “module of one” concept requiring crews to eat and sleep together in isolation for the entire fire season. “Whoever came up with it, it is working,” says Mike Goicoechea, the Montana-based incident commander for the Forest Service’s Northern Region Type 1 team, which manages the nation’s largest and most complex wildfires and natural disasters. “Somebody may test positive, and you end up having to take that module out of service for 14 days. But the nice part is you’re not taking out a whole camp.… It’s just that module.”

There is no single system that is tracking the total number of positive COVID-19 cases among wildland firefighters among the various federal, state, local and tribal agencies. Each fire agency has its own method, says Jessica Gardetto, a spokesperson for the Bureau of Land Management and the National Interagency Fire Center in Idaho.

The largest wildland firefighting agency in the U.S. is the Agriculture Department’s Forest Service, with 10,000 firefighters. Another major agency is the Department of the Interior, which had more than 3,500 full-time fire employees last year. As of the first week of August, 111 Forest Service firefighters and 40 BLM firefighters (who work underneath the broader Interior Department agency) had tested positive for COVID-19, according to officials for the respective agencies. “Considering we’ve now been experiencing fire activity for several months, this number is surprisingly low if you think about the thousands of fire personnel who’ve been suppressing wildfires this summer,” Gardetto says.

Goicoechea and his Montana team traveled north of Tucson, Arizona, on June 22 to manage a rapidly spreading fire in the Santa Catalina Mountains that required 1,200 responders at its peak. Within two days of the team’s arrival, his managers were overwhelmed by calls from firefighters worried or with questions about preventing the spread of COVID-19 or carrying the virus home to their families.

In an unusual move, Goicoechea called upon a Montana physician—and former National Park Service ranger with wildfire experience—Dr. Harry Sibold to join the team. Physicians are rarely, if ever, part of a wildfire camp’s medical team, Goicoechea says. Sibold gave regular coronavirus updates during morning briefings, consulted with local health officials, soothed firefighters worried about bringing the virus home to their families and advised fire managers on how to handle scenarios that might come up.

But Sibold says he wasn’t optimistic at the beginning about keeping the coronavirus in check in a large camp in Pima County, which has the second-highest number of confirmed cases in Arizona, at the time a national COVID-19 hot spot. “I quite firmly expected that we might have two or three outbreaks,” he says.

There were no positive cases during the team’s two-week deployment, just three or four cases where a firefighter showed symptoms but tested negative for the virus. After the Montana team returned home, nine firefighters at the Arizona fire from other units tested positive, Goicoechea says. Contact tracers notified the Montana team, some of whom were tested. All tests returned negative.

“I can’t say enough about having that doctor to help,” Goicoechea says, suggesting other teams might consider doing the same. “We’re not the experts in a pandemic. We’re the experts with fire.”

Paul, the Oregon firefighter, says that the guidelines were followed closely in camp, but less so out on the fire line. It also appeared to him that younger firefighters were less likely to follow the masking and social-distancing rules than the veterans like him. That worries him it wouldn’t take much to spark an outbreak that could sideline crews and cripple the ability to respond to a fire. “We’re outside, so it definitely helps with mitigation and makes it simpler to social distance,” Paul says. “But I think if there’s a mistake made, it could happen.”

KHN (Kaiser Health News) is a nonprofit news service covering health issues. It is an editorially independent program of KFF (Kaiser Family Foundation) that is not affiliated with Kaiser Permanente. 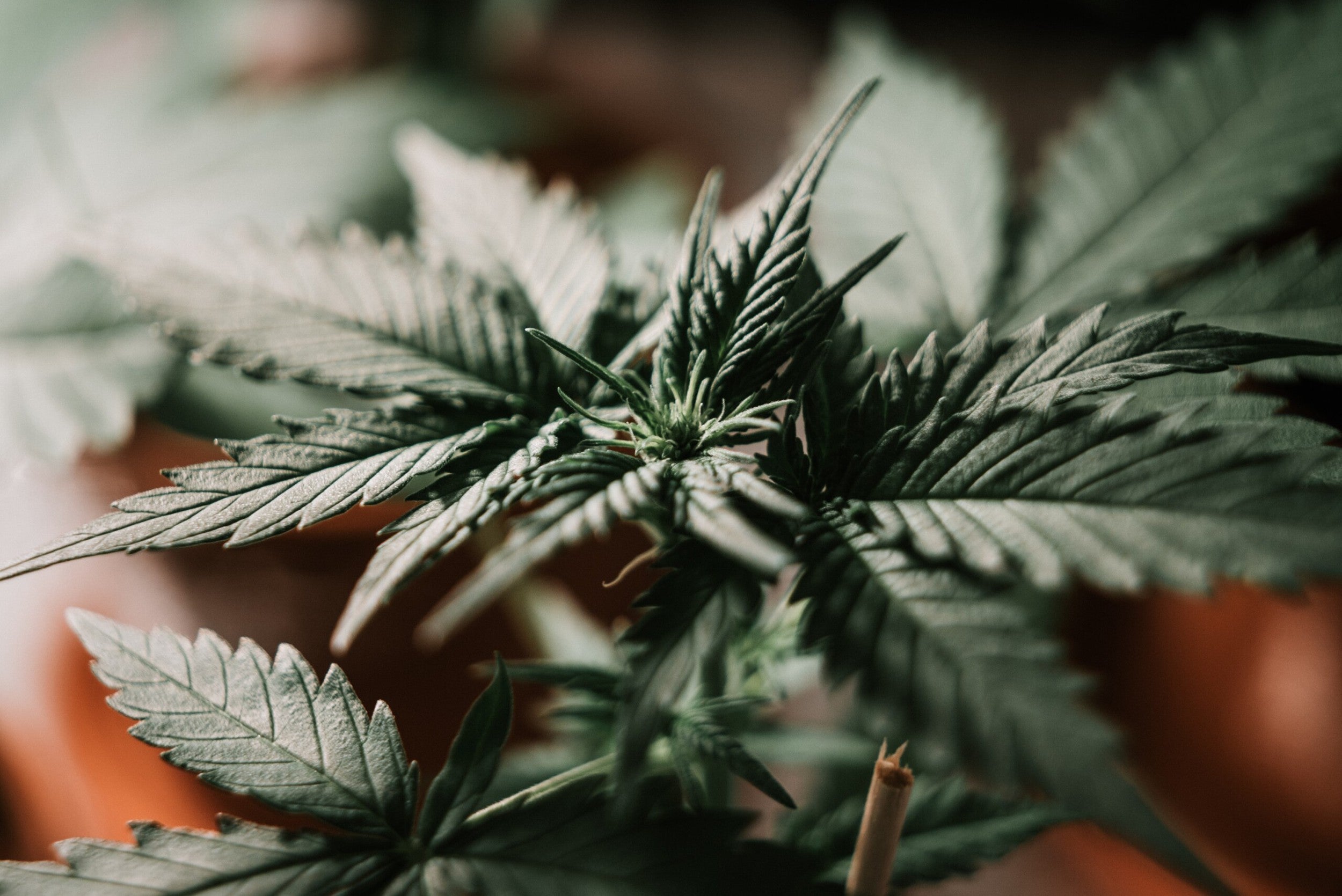