In advance of an upcoming road trip with her elderly parents, Wendy Epstein’s physician agreed it would be “prudent” for her and her kids to get tested for COVID-19.

Seeing the tests as a “medical need,” the doctor said insurance would likely pay for them, with no out-of-pocket cost to Epstein. But her children’s pediatrician said the test would count as a screening test — since the children were not showing symptoms — and she would probably have to foot the bill herself.

It made no sense. “That’s two different responses for the exact same scenario,” said Epstein, a health law professor at DePaul University in Chicago, who deferred the tests as she clarified the options.

Early on in the coronavirus pandemic — when scarce COVID testing was limited to those with serious symptoms or serious exposure — the government and insurers vowed that tests would be dispensed for free (with no copays, deductibles or other out-of-pocket expense) to ensure that those in need had ready access.

Now, those promises are being rolled back in ways that are creating turmoil for consumers, even as testing has become more plentiful and more people — like Epstein — are being advised to get them.

Late last month, the Trump administration issued guidance saying insurers had to waive patient costs only for “medically appropriate” tests “primarily intended for individualized diagnosis or treatment of COVID-19.” It made clear that insurers do not have to fully waive cost sharing for screening tests, even when required for employees returning to work or for assisting in public health surveillance efforts.

Left unclear are situations like that faced by Epstein — and others who seek a test to clear a child for summer camp or day care. Public health officials have been unanimous in the opinion that widespread, readily available testing is crucial for getting businesses and schools open again, and society back on its feet.

But who should bear the costs of that testing — or a share of them — is an unresolved question.

Who pays when all employees are required to have a negative COVID test in order to return to work? Or if a factory tests workers every two weeks? Or just because someone wants to know for their own peace of mind?

The questions may be compounded in some cities and states where tests are widely available at clinics or drive-thru centers. In New York, CityMD clinics bill insurers $300 for the service, according to an explanation-of-benefits document given to KHN by a patient. The related charge from the lab that processed the test, according to the same patient’s insurance statement, was $55. Most patients don’t have to pay a share of those amounts.

The clinic has a partnership with the city allowing anyone who wants a test for the virus to get one. Still, no test is truly free, as labs bill insurers or submit for reimbursement from government programs.

Until a recent spike in virus cases created long delays in many areas, some other regions also took a test-everyone-who-wants-a-test approach. While that is one way to get a picture of where the virus is spreading, it can also become a cash cow providing income to clinics and labs, as residents seek multiple “free” tests after each potential exposure.

In an email, a spokesperson for CityMD would not say how much the clinic is reimbursed for testing. The clinics do not bill for lab testing, she wrote, referring questions about those costs to the laboratories that process them.

Insurers will be making judgment calls — likely on a case-by-case basis — about how they will handle cost sharing for screening tests under the new Trump administration guidance.

What is clear: Insurers have argued against requirements that they waive all cost sharing for workplace COVID testing, noting they don’t do that for other screening efforts, such as drug-testing programs. For now, insurers will “continue to pay for tests recommended by a doctor,” Kristine Grow, spokesperson for AHIP, an industry group, wrote in an email to KHN.

But AHIP also sent a clear signal that it would not embrace cost sharing waivers for workplace or public health screening efforts. Earlier this month, the organization lobbied federal lawmakers to include funding in the next stimulus package for public health surveillance and workplace testing programs — a cost estimated between $6 billion and $25 billion annually in an earlier study commissioned by the group.

The Evolving Rules for Free Testing

The coronavirus relief legislation passed by Congress in March, and April guidance from the Trump administration implementing it, agreed that patients should not be burdened with payments for COVID testing and treatment that is “medically appropriate.”

But as the pandemic has evolved and grown, the definition of that term has both broadened and become fuzzier.

The Centers for Disease Control and Prevention says testing is appropriate for people who fall into five broad categories, including those with suspected exposure and those required to be tested for “purposes of public health surveillance,” which it defines as checking for disease hot spots or trends.

“There’s definitely a disconnect between what public health experts are recommending for testing and how it’s going to be paid for,” said Sabrina Corlette, co-director of the Center on Health Insurance Reforms at Georgetown University.

And tension is mounting among insurers, employers and consumers over who should pay. While insurers say employers should cover the cost for back-to-work testing, many employers are struggling financially and may not be able to do so. At the same time, workers, especially those in lower-wage jobs, also cannot afford out-of-pocket costs for testing, particularly if it is required regularly.

Among those waiting to hear if their insurance will cover the test is Enna Allen of Glencoe, Illinois, who urged her au pair to get a test after the young woman traveled to New Orleans. She had been on a plane, after all, and New Orleans has its share of COVID cases.

“I wanted her to have a test before she returned to work with my kids,” said Allen.

As Allen called around to find a testing site, she explained the test was needed for employment — for someone with no symptoms. After some effort, she found a clinic that, for $275, offered a 15-minute rapid test and said it would accept her au pair’s insurance.

“I’m assuming they [the insurer] will cover it unless I get a bill weeks from now,” said Allen, who said she would pay the bill for her employee if that happens.

There is also a great gray area in deciding who should qualify for free testing after “suspected” exposure. What is suspected exposure? Sharing a small office with an infected co-worker? Participating in a protest? Or simply living in or visiting the Sun Belt, where community spread is accelerating?

“If the au pair went to a clinic and said she was just in New Orleans, and the doctor said that’s enough of a risk to order a test, even though she doesn’t have symptoms, my read of the guidance is the health plan has to cover it 100%,” said Corlette.

Yet a child who’s mainly been sheltering at home who needs a test before being admitted to summer camp probably would not meet the definition.

“That’s a different story because it’s harder to argue there’s been exposure or potential exposure,” said Corlette. “At the end of the day, there’s many ways to interpret the guidance.”

Congressional Democrats have accused the Trump administration in its new guidance of “giving insurance companies loopholes instead of getting people the free testing they need.”

Insurers, patients and politicians have locked horns before when screening tests were billed differently than those same tests for diagnostic purposes, since the boundary is often unclear. Under the Affordable Care Act, for example, colonoscopy screening for cancer is “free,” meaning no patient copayment. But if a polyp is found, doctors sometimes code the procedure as a diagnostic test, which can lead to hundreds or even thousands of dollars in copayments.

While vital, testing is costly — or can be. Medicare reimburses up to $100 for the COVID test. On top of that, there may also be costs associated with the office or clinic visit. And the price is widely variable in the private market, according to a report out last week by KFF, the Kaiser Family Foundation. Prices ranged from $20 to $850 for a single test. (KHN is an editorially independent program of the foundation.)

Media reports have shown tests average $100, but some labs bill insurers for thousands of dollars for each one.

Without a copay, many patients never learn how much their tests actually cost their insurers, which could lead to overuse.

In the end, consumers may still feel a resulting pinch in the form of higher premiums.

Wondering about the sharply different views of her doctors on whether her insurance would fully cover the cost, law professor Epstein called her insurer, which assured her the tests would be covered 100% at in-network providers with no copay or deductible, as long as they were coded correctly. The family will be tested soon, and it appears she’s dodged a financial bullet. But Epstein cautioned in an email: “It’s unclear to me how many insurers will maintain this policy.”

Kaiser Health News (KHN) is a national health policy news service. It is an editorially independent program of the Henry J. Kaiser Family Foundation which is not affiliated with Kaiser Permanente.

Where could Cristiano Ronaldo go if he leaves Juventus? 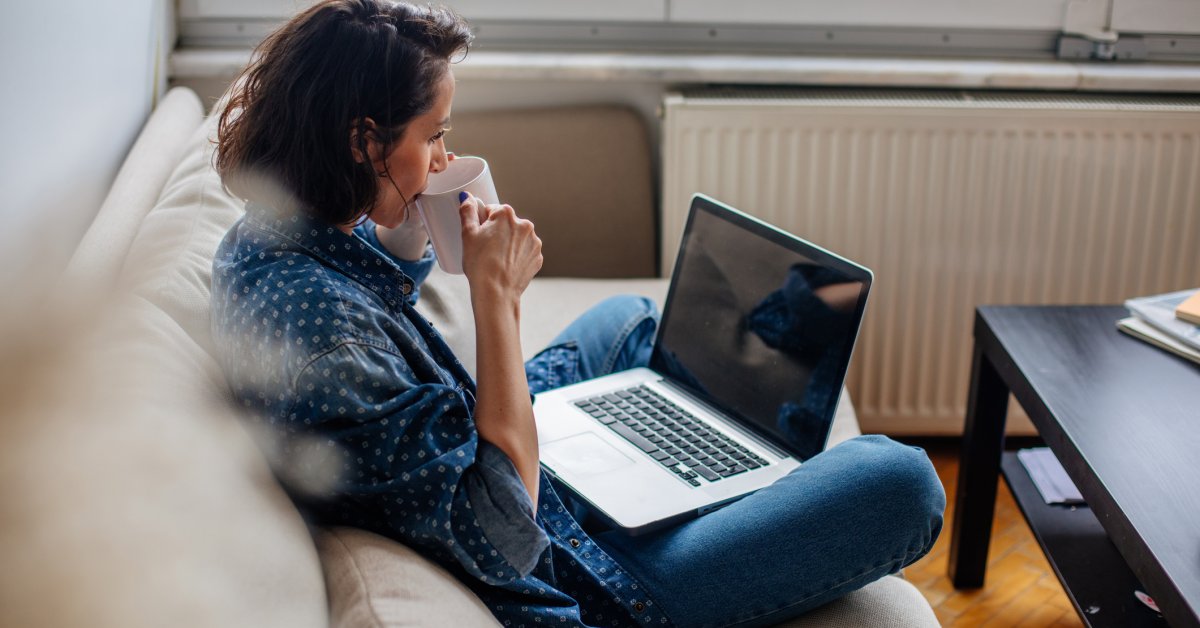 Struggling to Focus? How to Improve Your Attention Span When ‘the World Is Sick’

Where could Cristiano Ronaldo go if he leaves Juventus? 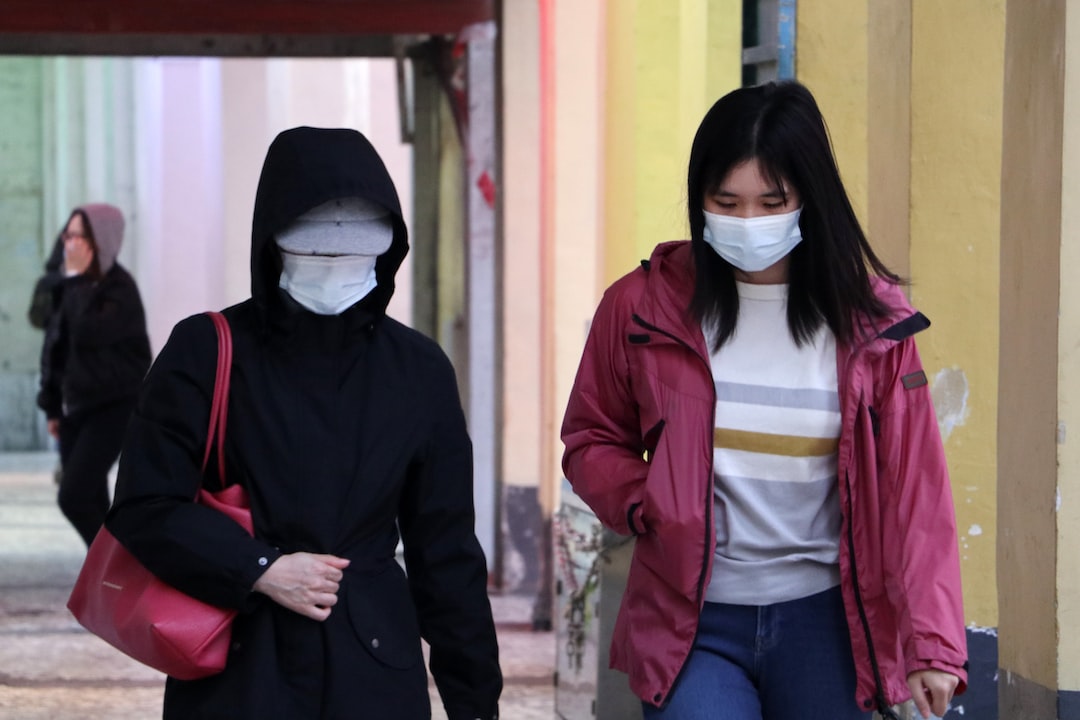 Looking On The Bright Side of

Struggling to Focus? How to Improve Your Attention Span When ‘the World Is Sick’