A four-bedroom, 6.5-bath New York City penthouse in the same building where actor Heath Ledger was found dead in 2008 has sold for $35.14million.

Despite selling for almost 50 percent less than its original asking price, the triplex penthouse on Broome Street in Manhattan’s SoHo still broke a real-estate record for the neighborhood.

With an original asking price of $65million, there were several massive price cuts over the past two years. Its most recent asking price had been $43.75million.

As well as breaking the SoHo record, it was also one of the largest real estate deals in the city since the coronavirus pandemic hit and caused the wealthy to flee for their vacation or second homes elsewhere.

This three-story loft in Manhattan’s SoHo sold for $35.14million, marking a record real-estate deal for the neighborhood. The loft covers almost 8,000 square ft and includes a living room with two wood-burning fireplaces, pictured above

The loft has six terraces, one of which has a hot tub and a view over SoHo

The last record in the neighborhood was set by the sale of Jon Bon Jovi’s penthouse on Mercer Street in 2015, which went for $34million.

The 421 Broome Street loft covers almost 8,000 square in the top three floors of the building.

Renovated over four year by its last owners, it includes six terraces, one of which has a hot tub.

In total, there are 3,700 square feet of private exteriors, with outdoor areas partially covered by heated steel and glass canopies.

One of the terraces functions as an entertainment area with a wood-burning fireplace and a TV alcove.

The interior of the ‘landmarked cast-iron condominium dating back to 1873’ is filled with oversized windows, skylights and 15-ft ceilings, according to Curbed.

The largest living area in the loft is called the ‘Great Room’ and features two skylights and six large arched windows overlooking the neighborhood below. Under one of the skylights is space for a large dining table.

The room also has two wood-burning fireplaces which face each other from opposite ends of the room, according to Business Insider.

There is a further wood-burning fireplace in the kitchen, which also has an 86-inch range and black granite countertops from Germany. Attached are two pantries and wine rooms.

There’s a second kitchen on the top floor of the apartment with entertaining spaces available.

The master bedroom is reached by a marble staircase from Chesney’s. The suite itself has yet another fireplace, a coffee bar, 20 custom closets and French doors that open to dual private terraces.

The attached master bathroom is doused in Italian marble and features two showers and a large soaking tub, as well as floor to ceiling windows that look out onto a private terrace.

After the lengthy renovation, owners David Matlin, a distressed asset investor, and his wife, Lisa Matlin, decided that the loft was too much space for them and placed it on the market two years ago.

They had picked it up in 2011 for $17.8million and hoped to turn the ‘vertical mansion’ into their dream home, the New York Times reported.

All of the rooms have 15-ft ceiling and large windows. Skylights have also been installed

The building has an infamous history as the place where Ledger’s body was found after he took an accidental drug overdose twelve years ago.

He had been renting an apartment on the fourth floor of the building which has previously been used as a covered wire manufacturer; a typewriter company; a dust-removal company; and an art gallery.

The building was turned into multimillion-dollar condominiums in 2010 two years after his death.

The sale has shown the spark of a revival in an area left dead by the coronavirus pandemic.

According to a Douglas Elliman market report, the median sales price for luxury Manhattan properties in the second quarter was down 11.3 percent from the prior year.

‘It’s now off life support,’ Steinberg said, noting that there are several deals that may soon close in the $30-million range. ‘There’s definitely an audience that has emerged looking at this price point.’

The post Four-bedroom NYC penthouse in the building where Heath Ledger was found dead sells for $35.14million appeared first on Sound Health and Lasting Wealth. 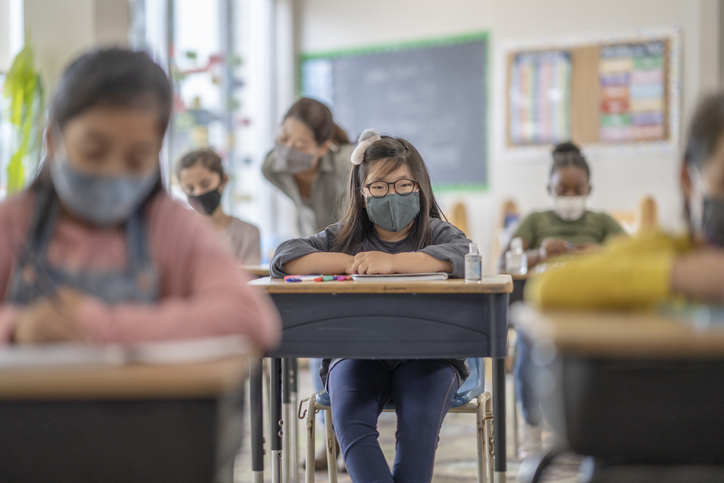 New school guidelines around COVID-19: What parents need to know

New school guidelines around COVID-19: What parents need to know