Skip to content
Covid-19 may have entered Britain through at least 79 countries and Croatia is not one...

Covid-19 may have entered Britain through at least 79 countries and Croatia is not one of them, according to NHS statistics released today.

Data given to SAGE – Number 10‘s scientific advisory panel – revealed 800 patients who were hospitalised between March and August had travelled abroad in the past fortnight.

It does not necessarily mean they caught the virus overseas but Covid-19 has an incubation period that lasts up to 14 days, suggesting they may well have brought the virus back to the UK.

A quarter of the hospitalised patients (200) had been to Spain, which was at the epicentre of Europe’s coronavirus crisis before the deadly pathogen had reached British soil. It was followed by Italy (92), where thousands of families flocked to during the February half-term to ski.

But staggeringly, only three patients told doctors they had visited China, where the coronavirus was first detected in December 2019. Eight were from Thailand, five were from the Philippines and zero had been to Vietnam – all countries on the ‘high-risk’ list at the start of the pandemic.

Covid-19 may have also been imported from several luxury holiday destinations, including Barbados, the Bahamas, and the Dominican Republic.

The data – released today by the government – was presented to SAGE. It is just one of dozens of papers presented to advisers over recent months to help guide ministers through the crisis.

Covid-19 entered Britain through at least 79 countries, NHS data for hospitalised patients show. Patients most commonly reported going to Spain (205), other parts of the UK (116), Italy (92), France (35) and Germany (35) in the two weeks before their infection

TOP 10 COUNTRIES: HOW MANY CASES AND DEATHS ARE THERE NOW?

The COVID-19 Clinical Information Network (CO-CIN) collates information from NHS hospitals across the UK to give an idea of the symptoms, characteristics and outcomes of the sickest patients.

Between March 10 and August 5, CO-CIN had recorded information for 77,676 patients who were confirmed to have Covid-19.

Patients give information at the time they are admitted. However, it is not possible to get a full set of data because some patients are too unwell to answer basic questions about their travel history or background.

A total of 23,392 patients answered the question: ‘Did you travel in the two weeks prior to your symptoms starting?’

The other 54,284 patients did not answer the question or data was missing, therefore the following information only gives a snapshot of where hospitalised patients had travelled to before they became infected.

And the data only refers to those who ended up in hospital, and not the hundreds of thousands of people who suffered a mild infection.

The most commonly reported travel destination was Spain, where cases soared in March at a pace two weeks ahead of the UK.

Neighbouring Italy and France (35) were also on the higher end of the scale, having seen thousands of cases at the height of the crisis just before the UK was stuck. It can be assumed that these European locations were reported so commonly because they are visited so often by Britons.

It took the Government three weeks after the first two cases were detected in Rome to announce that anyone feeling ill after coming home from northern Italy should self-isolate.

The second most common country was the UK, indicating domestic travel for holidays or work may have played a significant role in the spread of the disease.

But Croatia was not on the list, with none of the patients revealed they had travelled there before being struck down with the disease at any point during the pandemic.

Croatia has become the latest country to be added to the UK’s quarantine list after a spike in infections.

Travellers arriving in the UK after 4am on Saturday will have to self-isolate for 14 days, it was revealed last night, along with Austria and Trinidad and Tobago.

At the same time Portugal, where eight hospital patients reported travelling to, is now exempt from the UK’s requirement to quarantine.

The quarantine list is based on diagnosed cases being reported in that country.

A significant increase in Covid-19 infections have been recorded across Croatia, along with Spain, the Netherlands and France earlier in the month.

BRITONS SCRAMBLE TO RETURN FROM CROATIA

British holidaymakers have been seen scrambling to airports in Croatia in a bid to get home before they face a two-week quarantine on their return to the UK.

In scenes similar to those seen in French airports and ferry terminals last week, tourists were spotted in their numbers at Croatia’s Split Airport yesterday, as the rush begins to get home by Saturday’s deadline.

Around 20,000 British tourists are thought to be in Croatia currently.

The pictures were taken hours after the UK government announced Croatia, along with Austria and Trinidad, would be taken off the quarantine-free travel list – meaning tourists will be forced to quarantine for a fortnight on their return.

The decision comes following a spike in cases in each of the three countries.

Portugal meanwhile has been put on the list, meaning tourists will be allowed quarantine-free travel to popular holiday destinations, such as the Algarve, from Saturday.

Several countries in the ‘travel corridor’ – those where Britons are free to holiday without needing to self-isolate afterwards – were on the list of countries where cases had been imported from.

Among the top 10 were nearby Cyprus, Portugal and Austria, which were reported by patients 26, 22 and 21 times respectively.

India, Pakistan and South Africa, all of which are currently battling some of the worst outbreaks the world has seen, were also high on the list.

It is not clear from the data if there is a correlation between the timings of each countries’ epidemic and when patients’ had travelled there.

Far-off tourist locations, famed for their hot climates and crystal-clear oceans, were also on the list – Barbados (18), the Bahamas (6), Antigua and Barbuda (4), Jamaica (3) and the Dominican Republic (3).

Some had been reported more often than close-by countries like Belgium (4), Malta (1) and Denmark (1).

The data spans several months, in which time the spread of the disease has altered drastically. It was first centered in Asia, before moving to Europe, and now the Americas.

But despite the coronavirus first emerging in China, a mere three of almost 23,000 patients said they had been there in the two weeks before they developed symptoms.

And similarly fewer than ten patients reported travel to Thailand and the Philippines, where Covid-19 first spread to from China.

Very few countries were on the original list of ‘high-risk’ Covid-19 hotspots that were identified by the Government in February.

At the beginning of February any travellers coming back from Thailand, Japan, South Korea, Hong Kong, Taiwan, Singapore, Malaysia, Macau and mainland China, were advised to call NHS 111 if they felt even slightly unwell.

The Government said they nine countries had been ‘identified because of the volume of air travel from affected areas, understanding of other travel routes and number of reported cases’.

Six NHS hospital patients said they had returned from Japan, four from Singapore and Malaysia each, and only one each from South Korea and Hong Kong.

But no patients revealed they came from Taiwan, Macau, Vietnam or Japan. There may be fewer cases reported from those countries given how far away they are from the UK.

On top of this, it’s unlikely any Britons travelled there after repatriations brought swathes of citizens back to the UK in January and February – all the while people were still freely travelling in and out of Europe.

But it may also be as a result of missing data – several other hospital patients may have visited one of those early hotspots but it has not been noted down.

Conversely, the Government’s announcement in early March that people from France, Spain and Germany were not to be considered at-risk of having coronavirus has not aged well.

Official advice changed on February 25 to tell anyone feeling ill after coming home from northern Italy to self-isolate – at the time the country had 229 diagnosed cases.

In contrast, Asian countries warned of by the Foreign Office had only dozens of cases at the time.

Holidaymakers returning from Cambodia, for example, were told to self-isolate if they feel ill even though the country only had two confirmed cases.

The same went for Vietnam, which had 31 cases, and Thailand, which had 53.

The post How Covid-19 entered Britain through 79 countries: Where hospitalised NHS patients had travelled to appeared first on Sound Health and Lasting Wealth. 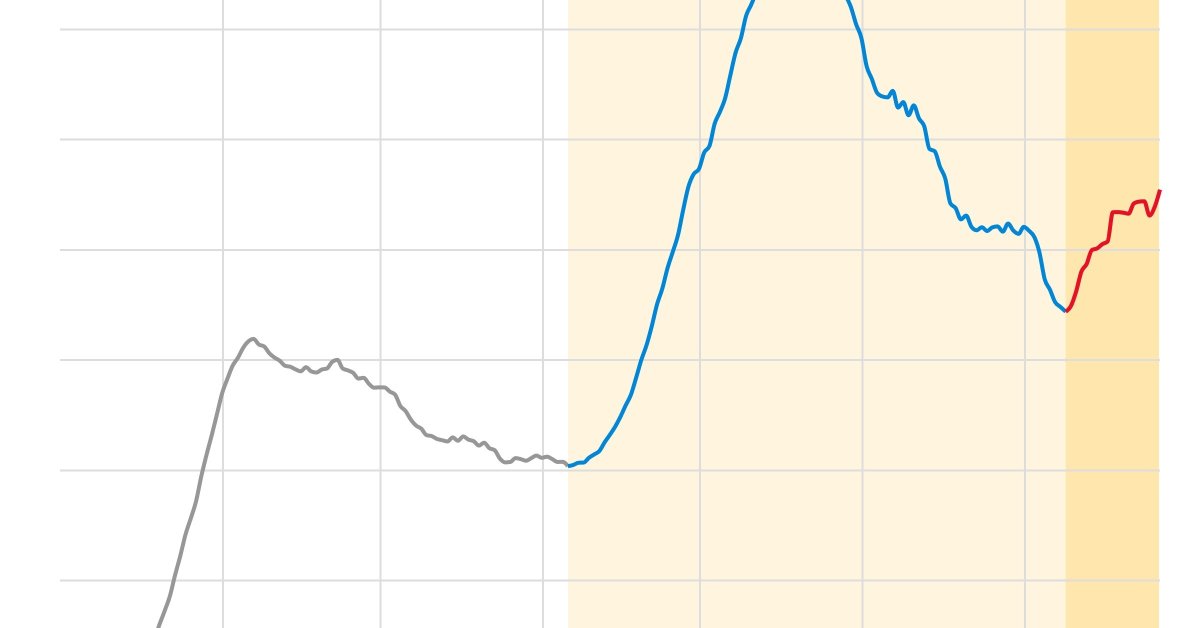 Alarming Data Shows a Third Wave of COVID-19 Is About to Hit the U.S. 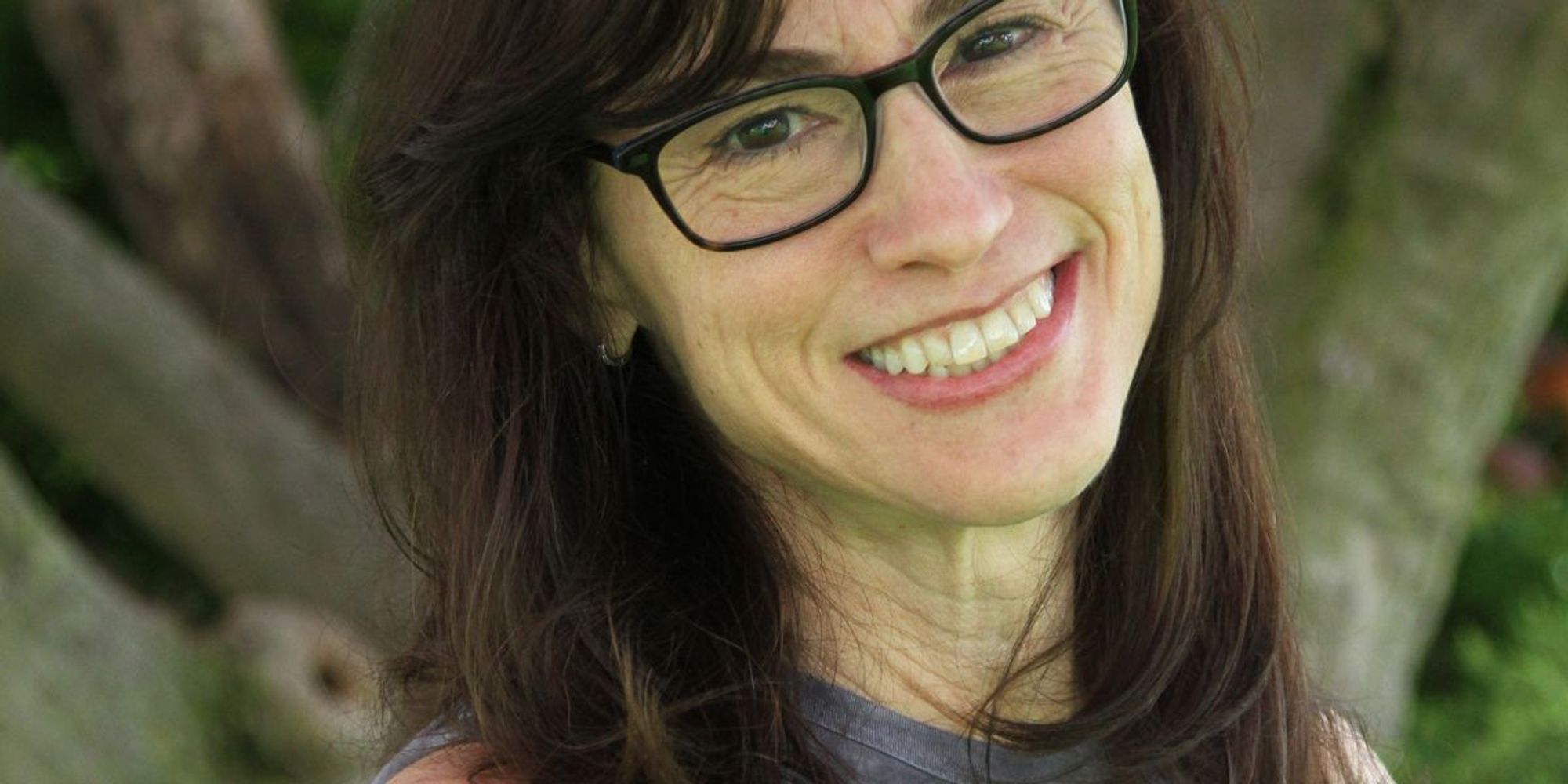 I Didn’t Know I Had an Eating Disorder

Alarming Data Shows a Third Wave of COVID-19 Is About to Hit the U.S.

I Didn’t Know I Had an Eating Disorder