Skip to content
Police will speak to Newcastle United star Joelinton after he posted a picture of himself...

Police will speak to Newcastle United star Joelinton after he posted a picture of himself getting a haircut during lockdown.

The club’s record signing was branded an ‘idiot’ by the stylist, Tom Baxter, after the Instagram post landed the pair in hot water.

It has now been revealed that both Northumbria Police and Newcastle City Council are investigating the post.

Newcastle United – which was previously hit by an outbreak of the virus – took a dim view of the striker’s actions, vowing to take ‘appropriate action internally’. 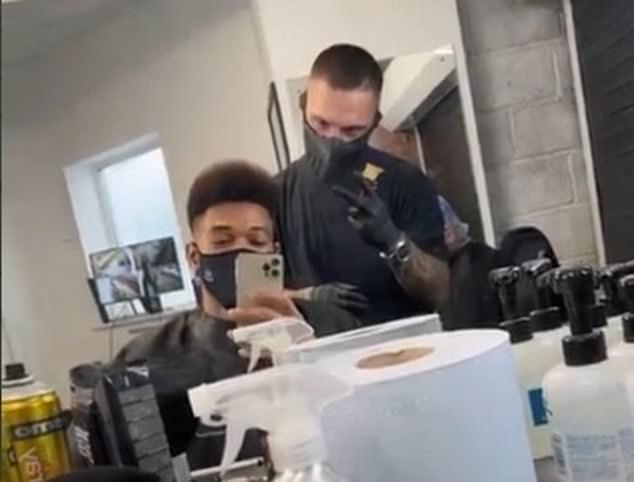 The £40m forward didn’t feature in Saturday’s 2-0 victory over Everton, and he could face a hefty club fine.

Northumbria Police force confirmed it was now looking at whether the pair broke Covid-19 rules.

‘We are aware of a social media post involving a 24-year-old man and a 35-year-old man who may be in breach of Coronavirus restrictions,’ said a force spokesperson.

‘We will be speaking to those involved and consider any further action under the Coronavirus legislation.’

Barbers and hairdressers closed in early January after England entered a third national lockdown. To date, the virus has claimed over 100,000 British lives.

However the Premier League forward posted a picture to his 110k followers of him sat in a salon chair next to Mr Baxter, with the pair posing in face masks. 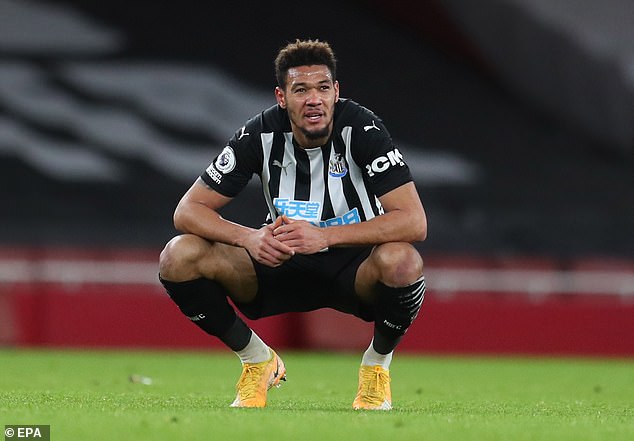 The award-winning celebrity stylist – who has also cut the hair other other Toon stars – said on Monday the pair had actually been partaking in a legal photo shoot, insisting ‘There is no story’.

He has yet to respond further.

When the pictures initially came to light, the stylist – who is based on the Coast Road – told the BBC he was expecting a knock on the door from the police, adding he would ‘accept what’s handed down to me’.

But he insisted that he was ‘not a bad lad’, adding: ‘Everyone has probably broken the rules at some point.

‘During the first lockdown everyone took it seriously but now I think people are fed up with it.’

The stylist has reportedly had a string of famous clients pre-pandemic, including Geordie Shore’s Gaz Beadle and ex-Sunderland midfielder Jack Rodwell

A Newcastle City Council spokesperson added: ‘We have been made aware of posts on social media and are investigating.

‘As this investigation is ongoing it would be inappropriate to comment further at this time.’

Heavy metals in baby food? What parents should know and do