Skip to content
Ryan Seacrest will be returning to co-host Live With Kelly And Ryan on Wednesday after...

Ryan Seacrest will be returning to co-host Live With Kelly And Ryan on Wednesday after testing negative for coronavirus.

The show announced on Instagram that Seacrest would be back on set following a two-day absence from the show.

‘UPDATE: Great news.. test came back and he’s negative! Ryan will be back tomorrow!’ The show posted on Tuesday, along with a video of Kelly hosting the show solo. 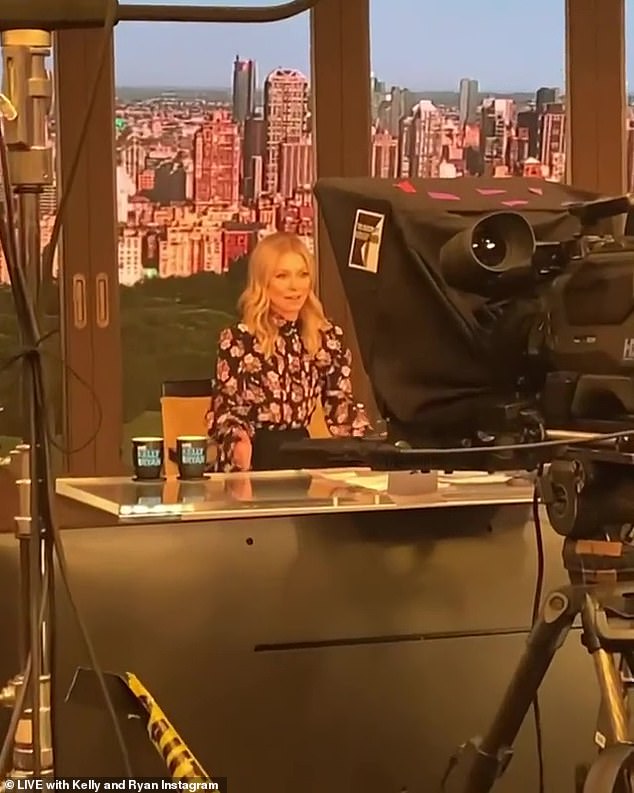 ‘He’s negative!’ Ryan Seacrest will be returning to co-host Live With Kelly And Ryan on Wednesday following a two-day absence from the show

Kelly has been hosting Live on her own since Monday, when the show announced Ryan had taken the day off.

‘Live now!’ the show posted on Instagram, along with behind-the-scenes footage of Kelly on stage. ‘Ryan took the day off.’

Ryan’s absence comes after Kelly revealed her potential plans to leave Live! after nearly 20 years as its host. 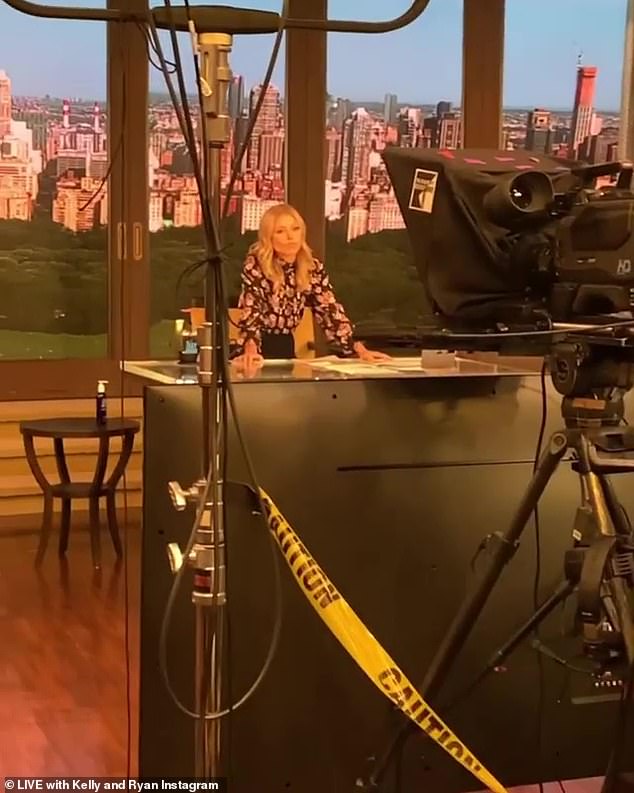 Going solo: Ripa had been hosting the popular talk show on her own since Monday 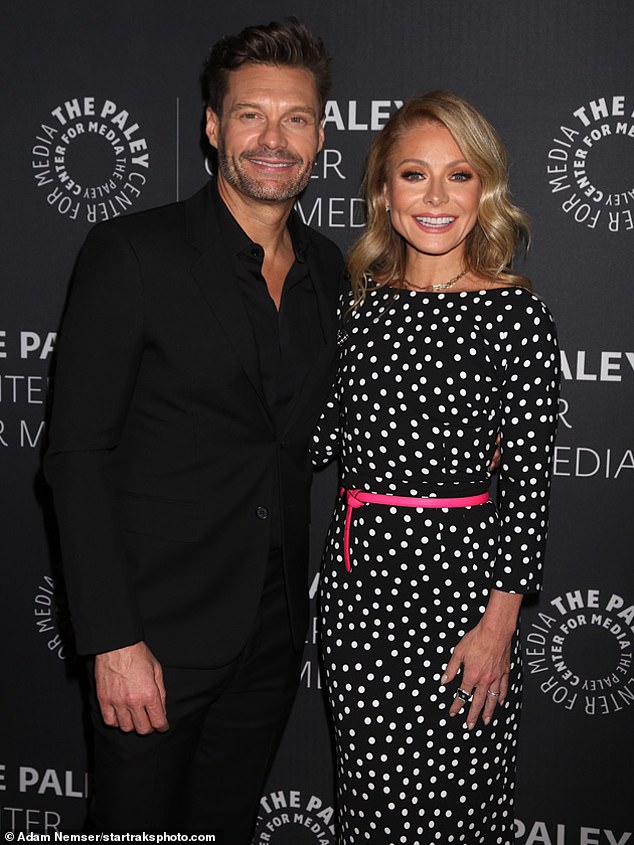 Good news: Seacrest will be back after testing negative for coronavirus (pictured March 2020)

The All My Children alum told Parade earlier this month: ‘I’ve been writing a lot. So my goal ultimately would be to eventually get off camera and start working behind the camera more in that creative aspect because I really do enjoy the writing process so much.’

She admitted that co-host Ryan Seacrest, 45, is one of the reasons she hasn’t bowed out of the talk show just yet.

Ripa said: ‘I talk about this with Ryan all the time because I was really looking to retire like by now, but Ryan Seacrest is so fabulous to work with and he is such a good friend. We’ve been friends for two decades, and I’ve got to tell you he is really such a draw to me there.’ 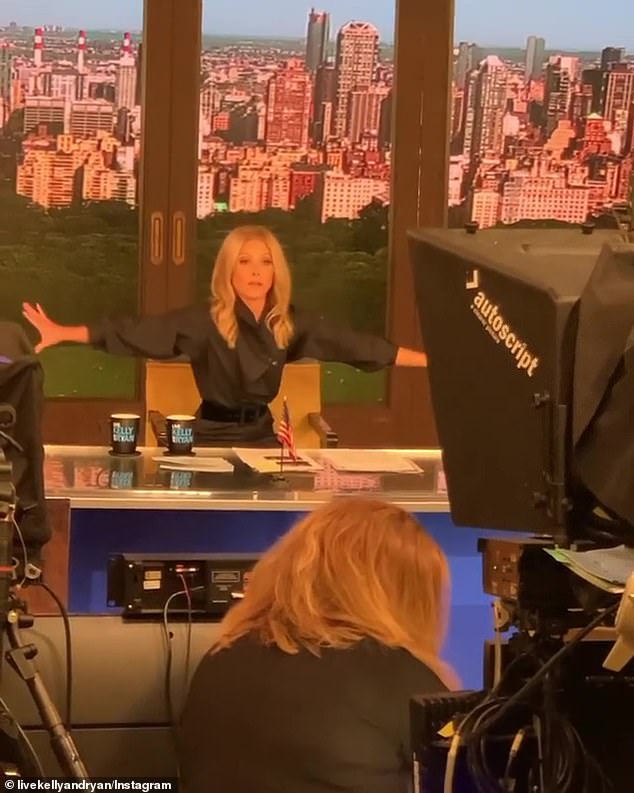 On her own! Ripa was seen behind-the-scenes on stage after Ryan took ‘the day off’ 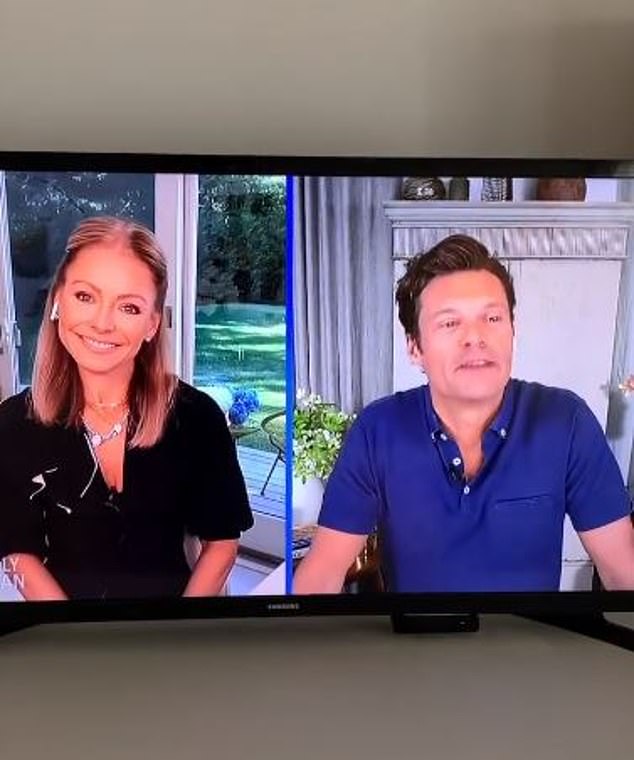 Work from home! Until September, Kelly and Ryan had been hosting the show from home

She added: ‘I just love working with him so much. He makes every day feel like I’m not working and that’s when you know you have a great working relationship.’

The duo have been hosting Live in person since September, after several months manning the show from home.

Despite years in the studio, being back on set during the pandemic has been ‘surreal’ for Kelly.

She told Insider: ‘It’s a little bit surreal because it’s Ryan and me, and we sit at two separate desks now. It looks like we’re very close to each other, but we’re actually quite far apart. Neither one of us can really hear each other well.’ 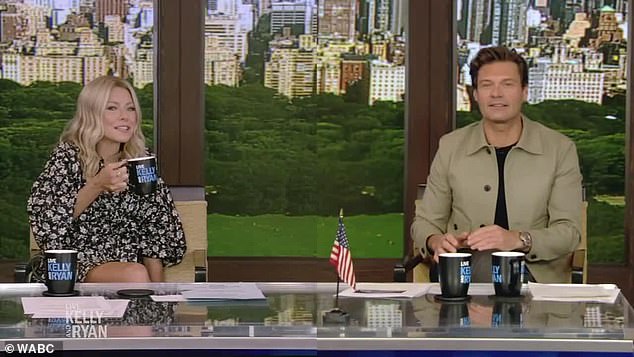 ‘It’s a little bit surreal’: Ripa discussed returning to the show during the pandemic in an interview with Insider 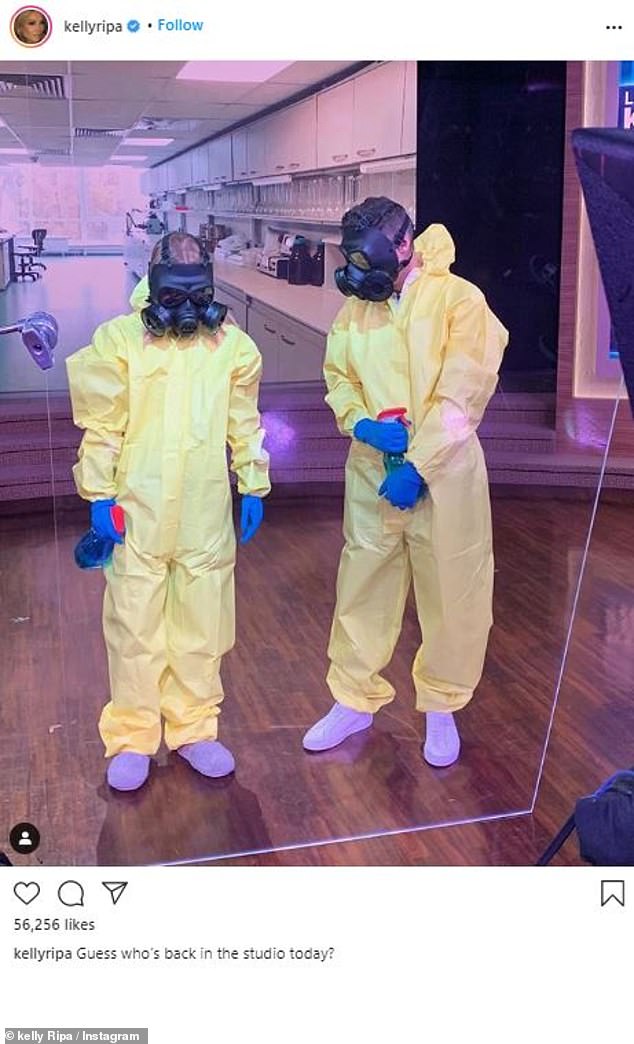 Taking no chances! The dynamic duo hilariously wore hazmat suits upon returning to the show