Skip to content
A version of this article appeared in this week’s It’s Not Just You newsletter. SUBSCRIBE...

A version of this article appeared in this week’s It’s Not Just You newsletter. SUBSCRIBE HERE to have an essay delivered to your inbox every Sunday.

Here’s a secret: I am a recovering cynic with recurring pessimistic tendencies. It’s hereditary. On a sunny day, my Irish grandfather would look out the window and say: “We’ll pay for this.” And I won’t even get into the generations of head-spinning drama on the Russian side.

Lately, for all the obvious reasons, it’s been way too easy to fall into compulsive fretting.

But last Thursday, I turned on the news expecting the usual terribleness, and there was the new Mars Rover, a car-sized cosmic miracle of engineering and optimism. And just seeing it, I felt a shocking little flutter of awe and untrammeled joy.

Researchers who study awe (and yes, they do, more on that below) describe it as an emotion that arises when “one encounters something so strikingly vast that it provokes a need to update one’s mental schemas.”

And my mental schemas definitely need updating. I could barely process this display of national functionality. The more I learned, the more awe I felt. I mean, hold on, while we were going about our lives over the last ten years, a legion of brilliant NASA scientists created an unbelievably sophisticated research vehicle, basically, a robotic geologist and astrobiologist designed to search for evidence of past life on Mars.

Those engineers started work on this Mars Rover three presidents, two economic collapses, many million-person marches, four annoying new social media platforms, and at least 2,000 streaming services ago. Then, last summer, while we were all overwhelmed with multiple crises, NASA took this magic vehicle, named it Perseverance, put it on a rocket, and sent it nearly 300 million miles across the galaxy to Mars. And after six-and-a-half months, Perseverance arrived at the edge of the thin Martian atmosphere traveling at 12,100 miles per hour.

And on February 18th, we turned our weary, jaded eyes to the sky, or rather, to a NASA live stream to witness the impossible, all-or-nothing choreography of a Mars Rover landing.

It’s all the more wondrous when you think about the fact that mission control at NASA’s Jet Propulsion Laboratory in Southern California wasn’t controlling Perseverance live during the descent. Communications from Earth to Mars take about 12 minutes. So they just had to have confidence they’d prepared Perseverance for any eventuality and that it could navigate to a precise spot on an ancient Martian lake bed. To do this, Perseverance had to open a parachute at supersonic speed, deploy rockets to guide the descent, and withstand temperatures north of 2,000 degrees Fahrenheit.

An infinite number of things could have gone wrong out there, but they didn’t. Somehow, this human-made machine defied the odds and the entropy that shapes the universe.

That feat, the overcoming of incomprehensible distances and even greater odds, is what creates feelings of awe. It’s an emotion that alters our understanding of the world and changes our perspective, whether it’s inspired by contemplating the multiverse, natural phenomenon, or even something scary, like a massive show of power by other humans. And now, when we’re feeling stuck in so many ways, any awe you can find while not leaving your house is a good thing.

Better yet, awe often puts “people in a self-transcendent state where they focus less on themselves and feel more like a part of a larger whole,” according to a white paper prepared by the Greater Good Science Center at the University of California, Berkeley. And that sense of connectedness and humility stokes empathy and generosity, which benefits the species and inspires individual happiness.

You don’t have to wait for a Mars Rover for a hit of awe. The deeper you dig, the more closely you observe the world and learn about almost anything in nature or culture, the more awe you find. It’s like looking at a butterfly’s wings through a microscope. Or just becoming more intentionally aware.

A.J. Jacobs, the guy who spent a year living biblically and wrote about it, also wrote a book called Thanks a Thousand. And in that book, Jacobs tracks down and thanks every person who had anything to do with his morning cup of coffee, from the farmers to the designer of the cup lids, as well as truckers, mechanics, biologists, smugglers, and goatherds. He reports that the experience, this awareness of the hundreds of people we’re connected to without realizing it, and the ensuing gratitude he felt transformed his life.

As for me, I’m going to dig for some awe around here, in New York. I could start by learning something about the entrancing snowy owl that turned up in New York’s Central Park a few weeks ago.

And this seems like a good time to share this quote from The Once and Future King by T.H. White.

“You may grow old and trembling in your anatomies, you may lie awake at night listening to the disorder of your veins, you may miss your only love, you may see the world about you devastated by evil lunatics, or know your honour trampled in the sewers of baser minds. There is only one thing for it then — to learn. Learn why the world wags and what wags it. That is the only thing which the mind can never exhaust, never alienate, never be tortured by, never fear or distrust, and never dream of regretting. Learning is the only thing for you. Look what a lot of things there are to learn.” 💌

Read more about what Perseverance will be doing in its years on the red planet from TIME.

If you’re new to It’s Not Just You, SUBSCRIBE HERE to get a weekly dose delivered to your inbox for free. Send comments and suggestions to me at [email protected]

What You Gain When You Give Things Up Arthur C. Brooks of the Atlantic on Lent and why he believes voluntarily sacrificing pleasurable things resets your senses and makes you master of yourself.

Fighting with a Family Member About Politics? Try These 4 Steps TIME’s Belinda Luscombe on how families can bridge bitter ideological divides with guidance from organizations like Braver Angels, which uses family and marital therapeutic communication techniques to help folks start talking again.

The Sounds of Somewhere Else The New York Times looked at relaxing ambiance videos that will transport you via soundscapes and animated images to relaxing spots like a cafe on a rainy day, a campfire by a lake, or even fictional places like the Twin Peaks Double R Diner. My favorite is this simple audio of 3 hours in a Paris cafe.

How to Help and Get Help in Texas in the wake of power outages and food shortages. Feeding Texas, Mutual Aid Houston, Austin Mutual Aid, Feed the People Dallas, and Para Mi Gente in San Antonio are all welcoming donations. Find a list of organizations helping folks in the Dallas area here, and donate to The Rio Grande Valley winter storm assistance campaign here. And there are more resources at The Texas Tribune.

Here’s your weekly reminder that creating a community of generosity elevates us all.

Since March of 2020, Pandemic of Love Texas has assisted more than 14,000 families struggling with basic needs like food and shelter. So when a catastrophic winter storm hit the Lone Star state this week, leaving millions without power, safe drinking water, or heat, POL volunteers from every state chapter mobilized in response.

“Having an existing, on-the-ground infrastructure in place definitely helped us mobilize help quickly,” says Kristin Williamson, a Pandemic of Love Dallas volunteer since July. Of course, we were also facing our own challenges individually, but having resources and a community in place is a privilege.

POL volunteers reached out to families in the Texas network to check on their mental state and respond to their most urgent needs. Here are some of their stories. (Visit Pandemic of Love to find out how you can help.)

Joshua is a single father of two young boys in the Dallas area whose wife passed away a few months ago due to COVID-19. Recently, Pandemic of Love was able to crowd-fund support to get his boys winter clothes and boots and provide him with rent relief so he could avoid eviction. Because of the storm, a bathroom pipe burst in his apartment, causing massive flooding. Joshua and his family had to resort to sleeping in their car.

Aniah is a single mom of four children in Houston who tapped into POL’s mutual aid network in August to catch up with bills after she was furloughed and waiting for unemployment to kick in. The pipes in her home burst on Wednesday, causing flooding. And when her ceiling and roof insulation caved in, Aniah’s food supply froze over, and she didn’t have enough to feed her family.

Esther, who lives just outside Houston, is a single mother of a newborn barely a week old. Things had been tough even before the storm hit. After a high-risk pregnancy and reduced hours at the supermarket where she works, Esther relied on mutual aid for baby supplies. And now, she’s struggled to keep her baby warm and fed without power and running water.

Lacretia is a single mom of three living right outside Texas. In October, she requested help from Pandemic of Love to buy warm clothes and holiday gifts for her kids after losing her job. And as of this writing, the family hasn’t had a shower for four days.

In the wake of this week’s crisis, Joshua, Aniah, Lacretia, and Esther – along with hundreds of other Texans – received a call or text from a Pandemic of Love volunteer and an immediate boost in the form of a cash transfer to help with gas, a hotel night and food. Each family got a microgrant of at least $250.

This story is courtesy of Shelly Tygielski, founder of Pandemic of Love, a grassroots organization that matches those who want to become donors or volunteers directly with those who’ve asked for help with essential needs.

Our weekly acknowledgment of the animals that help us make it through the storm.

Meet WALDO (left) and BESSIE submitted by RACHEL who writes that she fostered these ridiculously adorable puppies through The Labelle Foundation in Los Angeles.

🌺 Did someone forward you this newsletter? SUBSCRIBE to It’s Not Just You here. 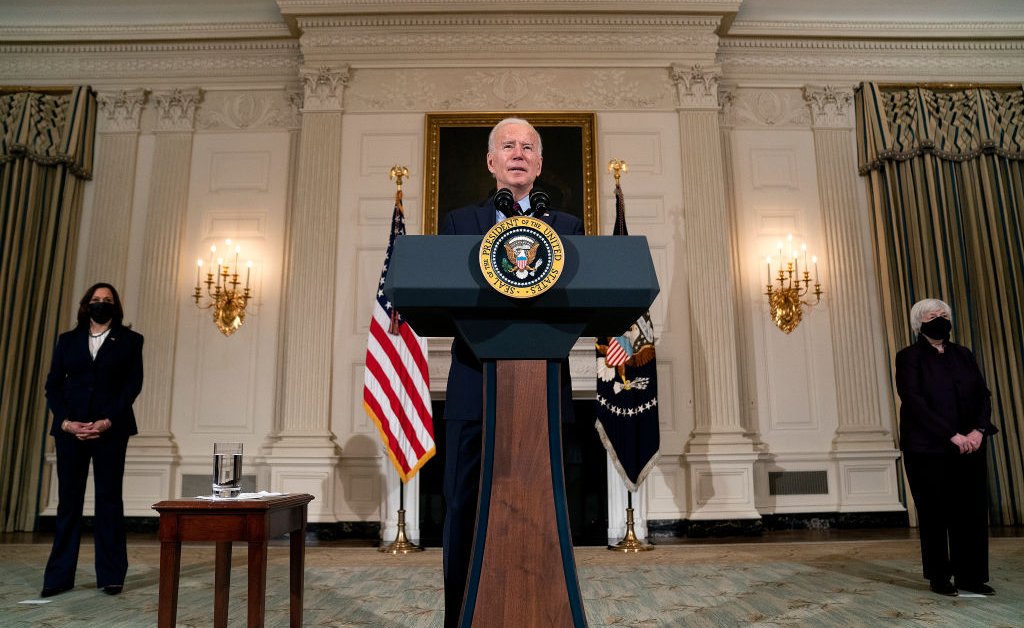 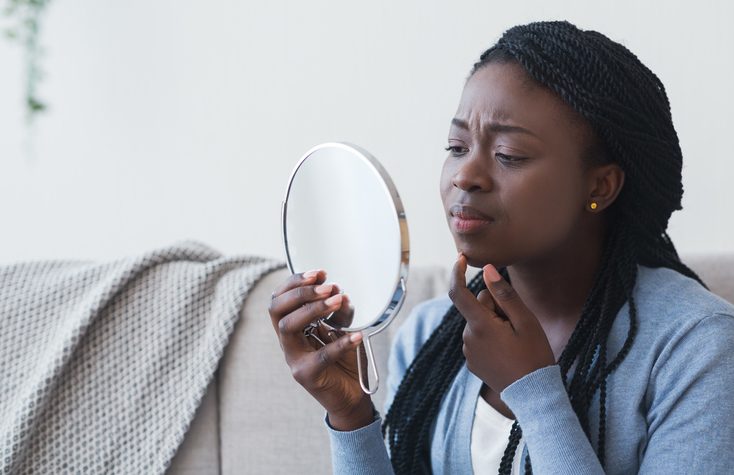